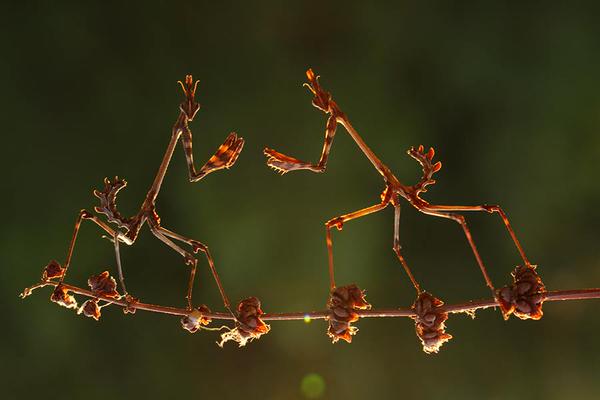 The photo is real. However, as @PicPedant pointed out, it appears to be staged. 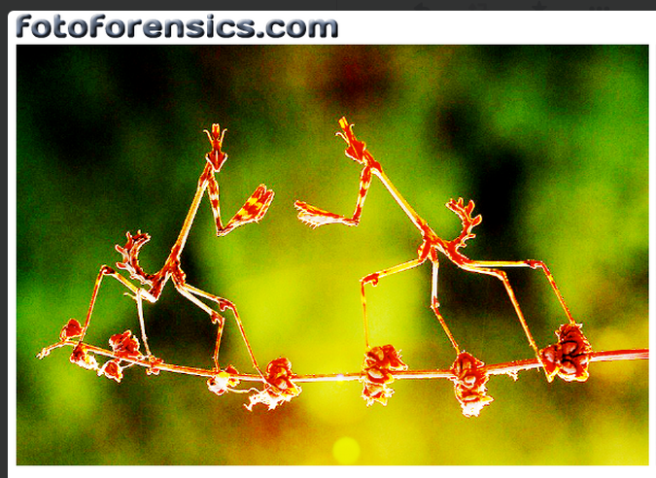 This photo by Ajar Setiadi is often shared by the picture accounts. 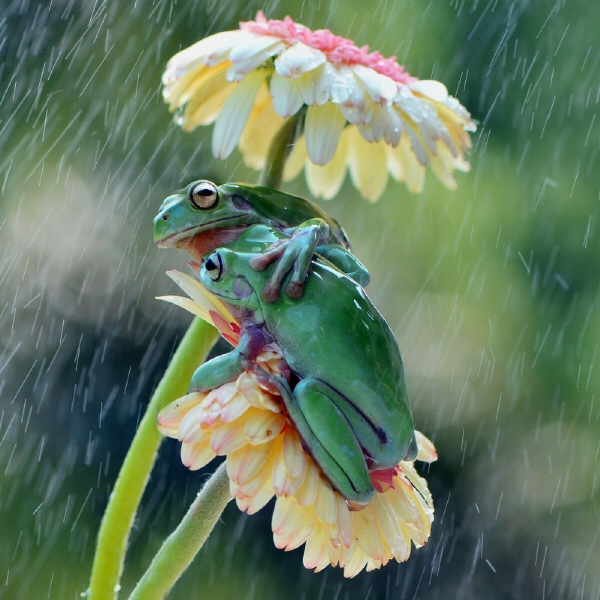 Update 2: another photo of two mantises

This photo looked suspicious. I was requested to remove the photo from this blog. However, the forensic analysis link is still available.

Wires. https://t.co/tNEBRczCR7
You can see the thin diagonal line coming off the far left arm. He burred out the wires from the middle, so look for thicker diagonal lines. Also, horizontal distortion around knees (more wires).

In both cases the analysis suggests that wires/strings were used to control the animals. Both photos were also submitted to a National Geographic photo contest.