Snow in the Sahara desert 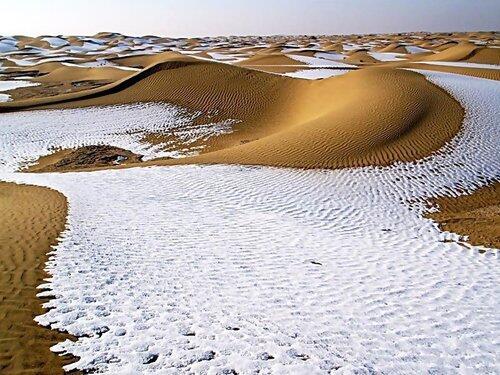 The claim is true. On February 18, 1979 was the first snow in Sahara. But this photo has nothing to do with Sahara.

Update: another photo about the same topic has surfaced 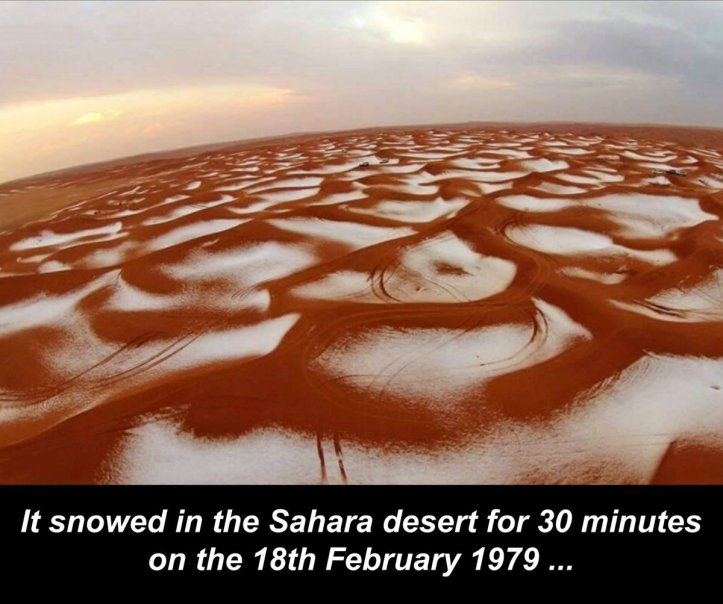 The image text is correct, but the photo is unrelated. It was taken in 2015 when it was snowing in Saudi Arabia. Majority of the snow hit a town near the city of Tabuk.