Swastika on the moon

Claim: this is a satellite image from 2010 that (allegedly) shows a swastika on the moon 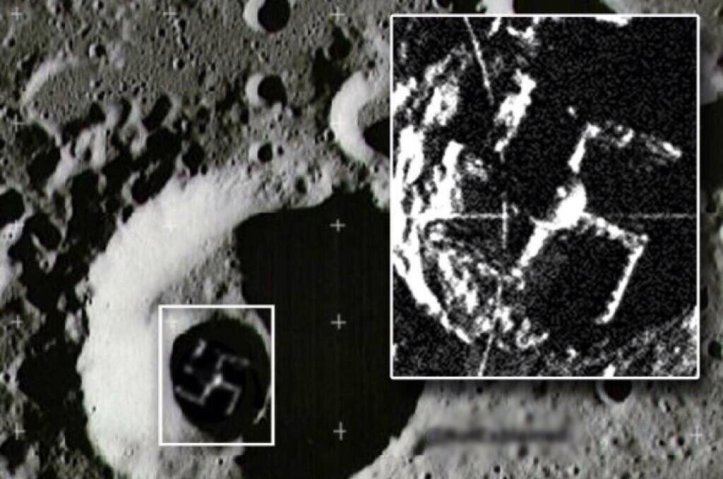 The claim is false. This is a promotional photograph for a 2012 Finnish movie called Iron Sky. This photo was published in 2010 by e.g. MovieViral website: interview with Iron Sky director Timo Vuorensola.