Is this a colorized photo of Hindenburg disaster that occurred on 1937 (New Jersey, USA) like some historical “fact accounts” on Twitter claim? 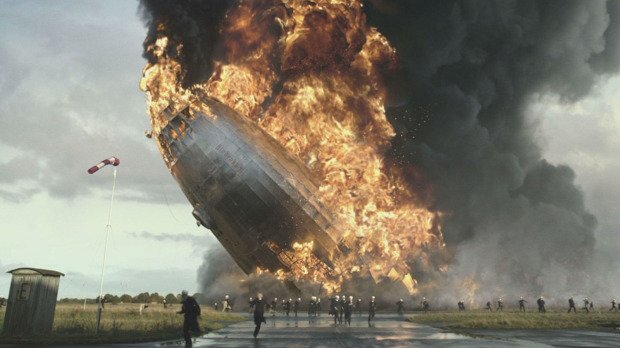 It is actually not a photo, but a still image from a 2011 German TV-series called “Hindenburg: The Last Flight“. It is a computer generated image by Cebas Visual Technologies, a Canadian company that makes 3-D special effects software.