This photograph is often shared with the following captions: 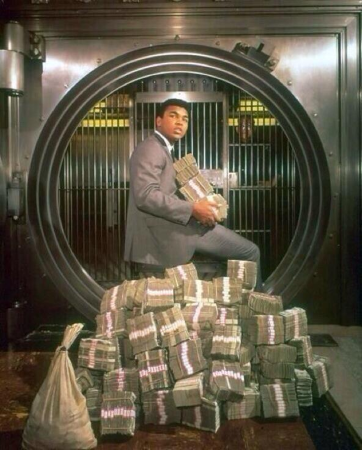 This photo was taken in 1963 for the cover of the Sports Illustrated Magazine. The magazine was published on February 24, 1964. The cover with text “My $1,000,000 Getaway” can be found from Sports Illustrated website. At that time Muhammad Ali was still called as Cassius Clay.