Is this a photo of two million people gathered in Times Square to celebrate the end of World War II on 8th of May 1945? Some historical fact accounts seems to think so. 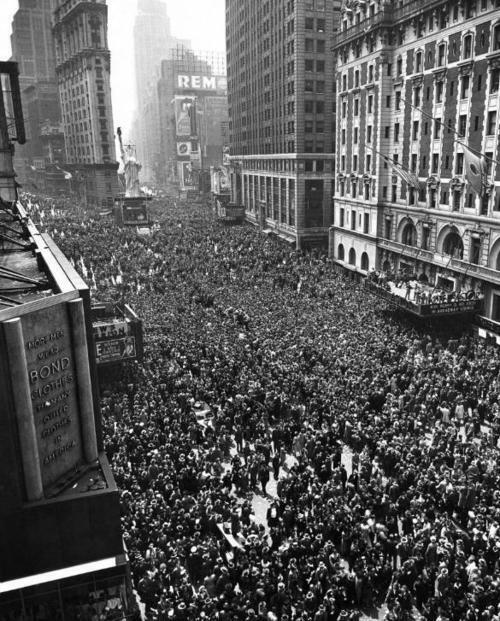 This is a photo of V-E day celebration in Times Square on 8th of May 1945. Estimated number of celebrators in Times Square: 500,000. V-E day marks the end of WWII in Europe.

Any claim that this photo shows millions of people celebrating the end of World War II in Times Square is inaccurate.

On 15th of August, 1945 Japan surrendered to allies. This is known as the V-J day. Estimated number of celebrators in Times Square: over two million.