Claim: this is a photo of fossilized Irish giant discovered in 1895. 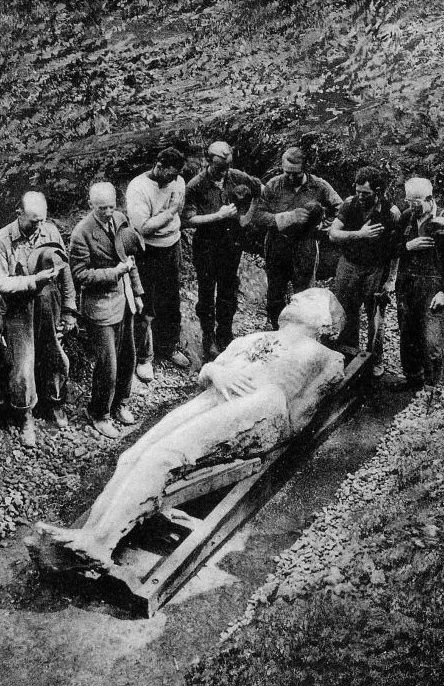 That is actually a papermache replica of the so called Cardiff Giant, one of the most famous hoaxes in American history. The giant was the creation of a man called George Hull. He was eventually sued and on February 2, 1870 both giants were revealed as fakes in court.