They also have a web-site: oldpicsarchive.com

Problem: Old Pics Archive doesn’t always post historically accurate pictures. In fact, some of the pictures are fakes or misplaced.

See the original picture by Philippe Halsman (Magnum Photos), “Spanish painter Salvador Dali with his wife Gala, 1948”. Fake part: Dali didn’t draw a penis on the forehead of his wife. 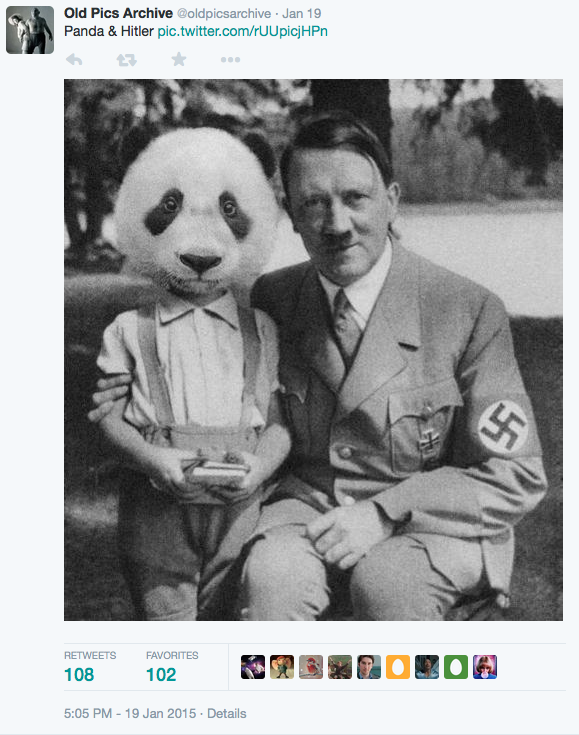 I will not include the original picture here, but it was taken by Heinrich Hoffmann. It can be found from a book called “Hitler relaxing”. Obviously the panda part is a fake. 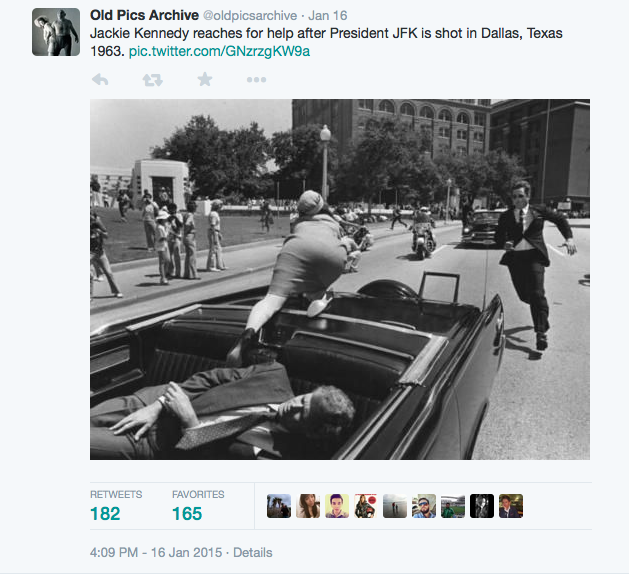 The picture is real, but it’s from John F. Kennedy Assassination Reenactment in Houston, Texas (photo via United Press International), for a 1977 TV-movie called “The Trial of Lee Harvey Oswald”. See Hoax of fame for more details.

The photo is not fake. It’s staged. People did pranks before photoshop, too. This is a postcard from Portal, North Dakota (1937) – to tease tourists with fake photos of legendary giant grasshoppers (via Corbis Images).

Potential issues with this kind of activity